It was just before the coronavirus pandemic hit that Mark Hovern announced to the Pontiac City Council that plans were about finalized for upgrading and rebuilding the Evenglow facilities. On November 3, 2021, the groundbreaking took place at the location of a new assisted living facility. 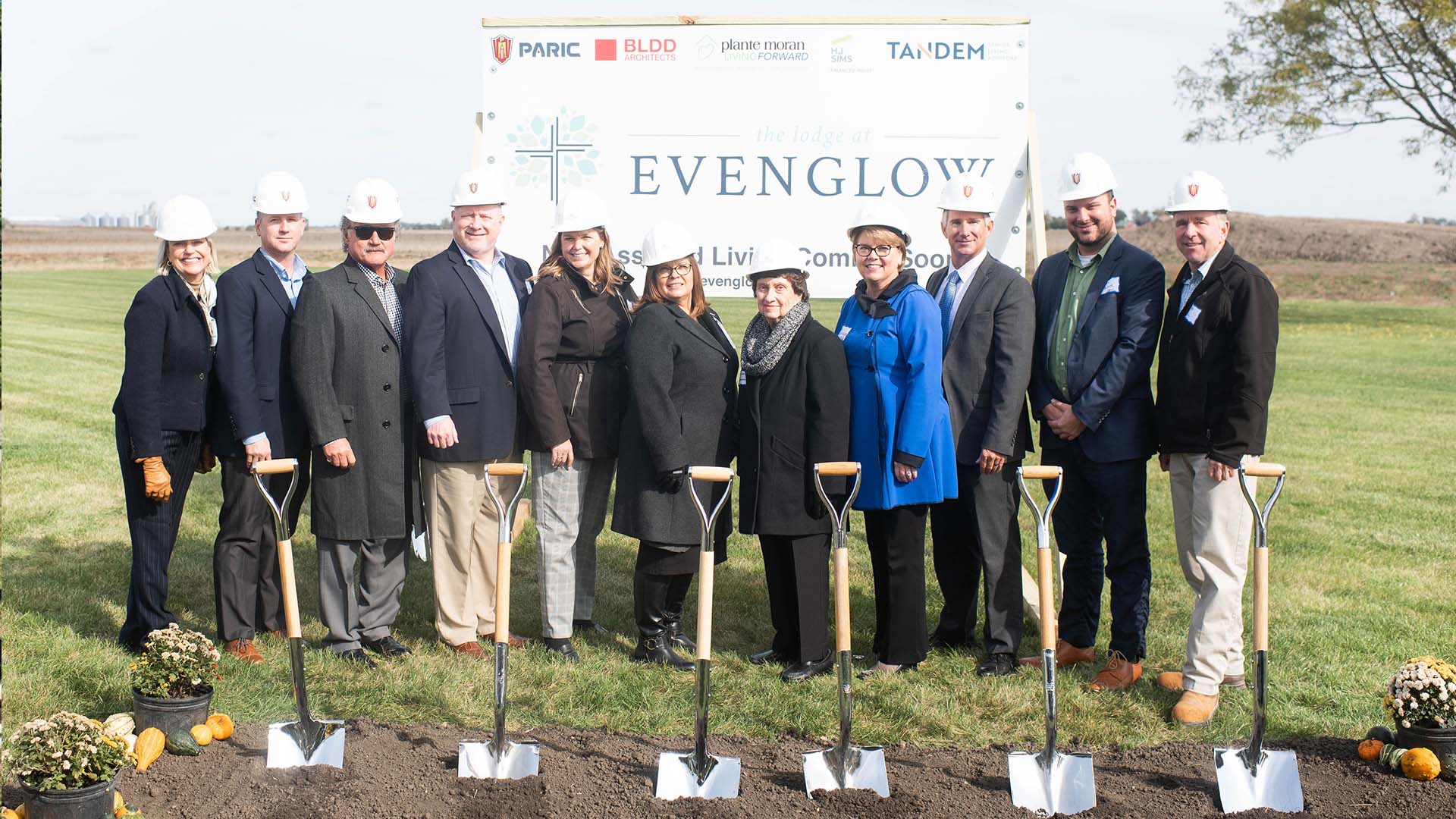 It was just before the coronavirus pandemic hit that Mark Hovern announced to the Pontiac City Council that plans were about finalized for upgrading and rebuilding the Evenglow facilities. On November 3, 2021, the groundbreaking took place at the location of a new assisted living facility.

The plan is officially coming to fruition.

The groundbreaking ceremony took place November 3 at the site of what will be The Lodge at Evenglow, which will be connected to the current The Inn at Evenglow on the northwest side of Pontiac, just off Indiana Avenue.

Hovern, who was CEO and president of Evenglow when this project started, said in an interview with the Daily Leader in 2020 that this is a plan that had been developed in 2018.

"Through the planning process and involving the architects, there's much more to be done than what we expected," Hovren said. "It made more sense to build a new building to replace The Lodge.

"There was a lot of discussion about why we couldn't renovate The Lodge, where we would plan to build the buildings and several different options were discussed. None of the options were perfect, but the options we decided on seemed to be the best."

What was decided was to build a new assisted living facility adjacent to Evenglow Inn at the 1200 Evenglow Lane location, which is east of the Boys and Girls Club. There are currently 73 assisted living units in the downtown location and the plan is to have 76 at the new location.

“It was a beautiful autumn day for the groundbreaking of the new Assisted Living community for Evenglow - The Lodge at Evenglow. Everyone is ready to get this project underway because once we complete this phase we are extremely grateful and excited to be building 44 of the most innovative independent living apartments in downtown Pontiac which we are calling The Residences of Evenglow,” said Carolyn Floyd, marketing and sales advisor for Tandem Senior Living Advisors, the marketing and sales partner for Evenglow.

"Evenglow Senior Living got it strut with a woman named Ada Swords," said Carol Flessner, Evenglow Board of Trustees president. "Mrs. Swords was a retired farmer's wife living here in Livingston County. She noticed other seniors whose spouses had passed or whose children had moved away. She perceived a great need for seniors to have friendships, social interactions and community. This inspired her to leave a legacy gift to create a retirement community."

Out of that came the seven-story Evenglow Lodge that towers over the downtown area. The Tjardes Health Center, which is attached to the north of the current lodge, was completed in 1983. The creation of The Inn at Evenglow for memory care patients came about in 2001. Now is the development of the new assisted living facility to be built right next to that building.

Construction on The Lodge was scheduled to begin in April of this year, but circumstances forced a delay to now. Evenglow president and CEO Cindy Wegner said a lot of the delay had to do with government funding, which as those who deal with such matters knows it doesn't always follow the timeline of recipients. It had been hoped that completion would be in October of 2022.

"Our community is a Christian community and faith is at the heart of all we do," Flessner said. "Today in faith, we break ground on this building, which will be a home for seniors in Livingston Count and beyond. Not only for our current generation but also for our children and our grandchildren's generation."

Evenglow has a strong connection with the United Methodist Church and that was evident at the groundbreaking ceremony as Bishop Gregory Palmer provided a recorded message.

"I rejoice with you that your ministry at Evenglow of creating healthy, compassionate community for older adults has continued to thrive and now needs even more new, fresh, flexible physical space," Palmer said. "What a wonderful challenge you have. Every building project can bring energy, enthusiasm and new opportunities."

Thank you! Your submission has been received!
Oops! Something went wrong while submitting the form.